“The music was linked together by spoken dialogue and description of the composers and some of the events of their lives. They were very together in this effort (which is a novel feature of a recital like this) and the male and female voices complimented each other nicely, and made an appealing sound.

Successful advocates of the music……….a high degree of unanimity and timing. We all know that the viola is somewhere between the violins and cellos in the orchestra, but the educated performance by Ruth Bebb hammered home the smoky individuality of the instrument.” 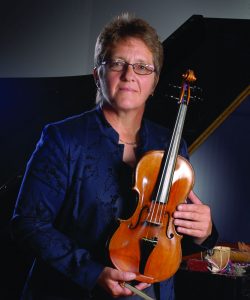 Ruth Bebb plays violin and viola. Violin was her main instrument at college, but she took up viola in order to play in a chamber music group, and loved the sound. When she joined the Ulster Orchestra, it was as a viola player, and she was Principal no 2 in the orchestra for many years. She now freelances, playing regularly with RTE National Symphony Orchestra and RTE Concert Orchestra.

She played first violin in Orion String Quartet – this was made up of players from the Ulster Orchestra, and it had a long and successful run playing recitals all over Northern Ireland, and recording for BBCNI, as well as playing in Queen’s Festival and taking part in educational workshops for the Ulster Orchestra. 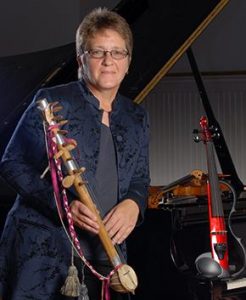 Ruth and Chris began playing as Orion Duo about 15 years ago, and both loved the repertoire immediately. They have played all over Northern Ireland for music societies, and during all of their time as a Duo have promoted their own series at Malone House every spring. Ruth is interested in unusual instruments, such as this ravanhattha, an Indian stringed instrument.

Chris Blake was first horn of the Ulster Orchestra until June 2010, he is now concentrating on piano performance and accompanying, and recently gained a Masters in Autism at Queen’s University, followed by another at Goldsmiths College, University of London. He has a lot of experience working with Special Needs children on musical projects, for example as composer and organiser for a very successful project in the Waterfront Hall involving Special Needs children from all over Northern Ireland, called “Sea Pictures.” 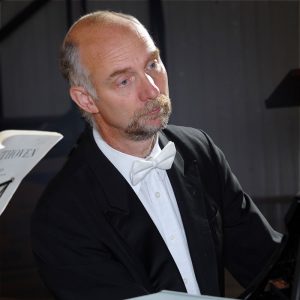 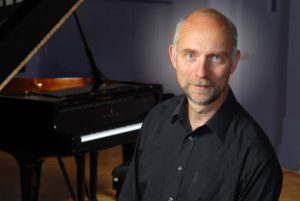